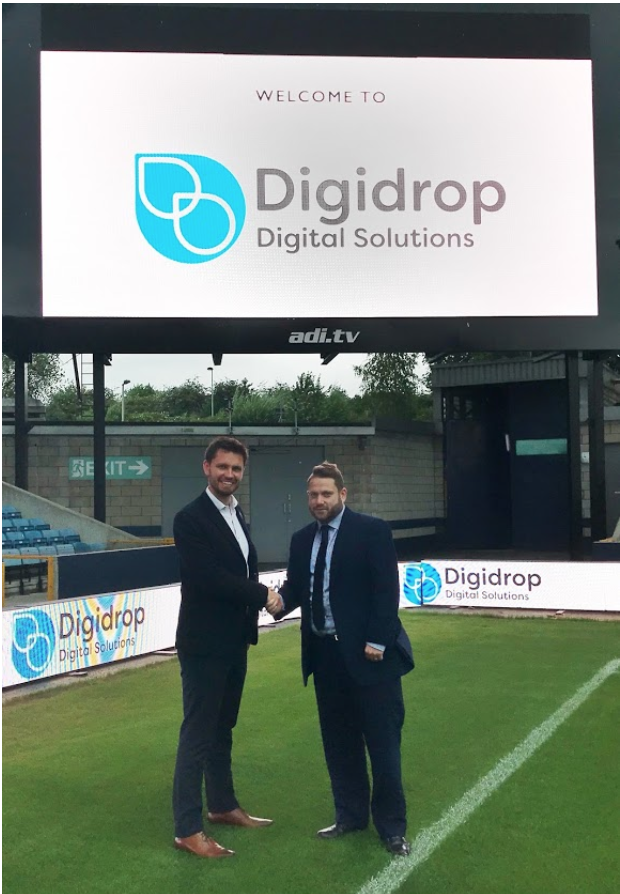 Our very own Matthias met with Millwall’s Commercial Sales Executive, Andrew Stead to put pen-to-paper on a twelve month deal.

Following the meeting, Matthias said: “We are excited to have got this deal across the line. The creativity and dynamism on display, in both of our teams, will make this an exciting twelve months indeed.” As Operations Director, Matthias Sparshot is responsible for commercial management and daily operations of Digidrop.

We wish Millwall the best of luck for the upcoming season; we look forward to attending future matches and meeting the loyal fans. Come On You Lions! 🦁⚽

Looking to start your next project?